Here are a couple of "Kit-Bashed" droid and vehicle designs put together quickly using some old silhouette thumbnails and Oleg Vdovenko's cheat packs.  It's a great and fun way to concept anything that needs techy greebles to give the illusion of details.  I will be painting over a lot of it and placing them in environments.  This is just a good jump off point to start thumb nailing ideas quickly.  Below are some of the designs followed by the silos that I used as shapes to build off of.  The first pic are just silos made with brushes, then I build on those with Photoshop shapes, then build further with the line work.  The shapes were inspired by bugs, Star Wars, and anime movie Robot Carnival.  Thanks for stopping by, Enjoy !!!! 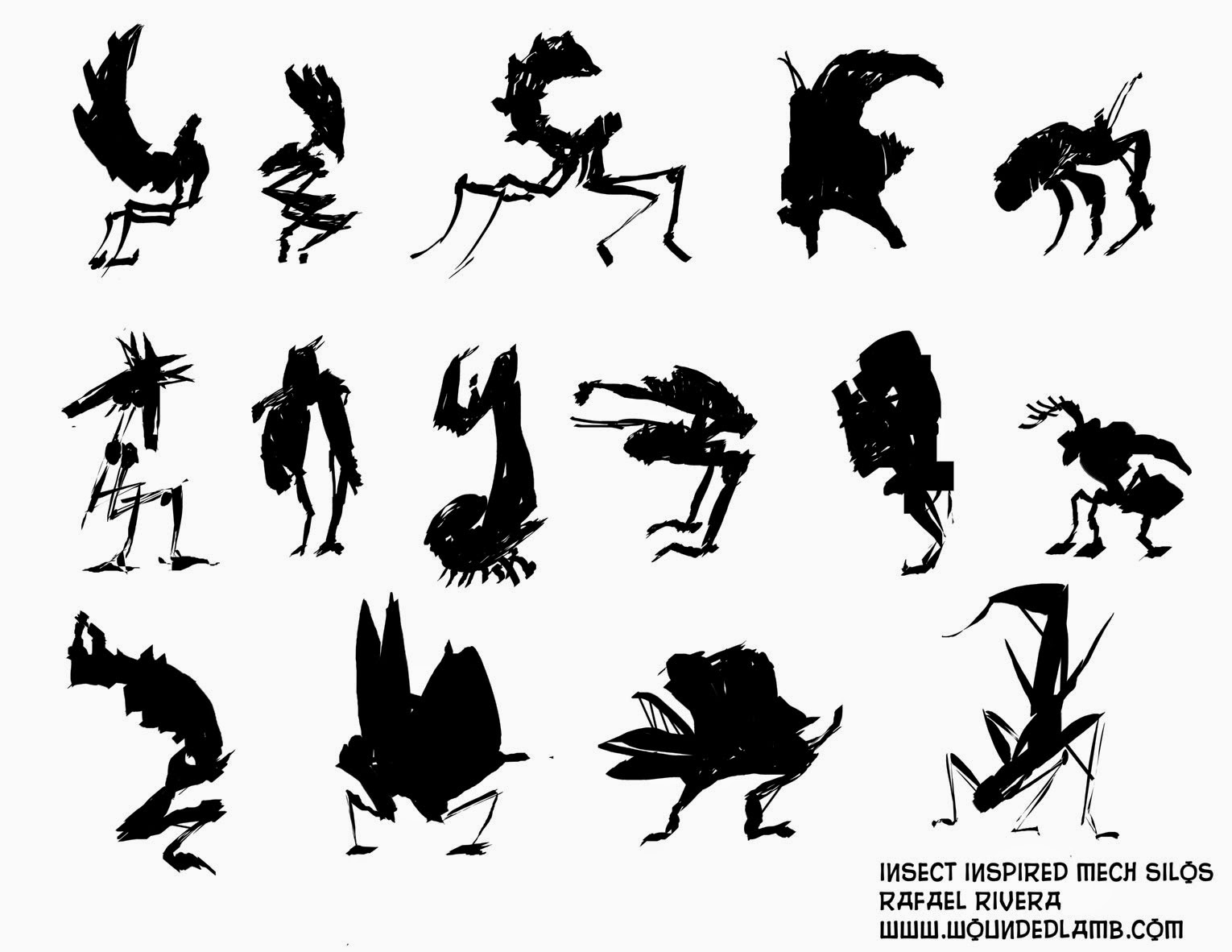 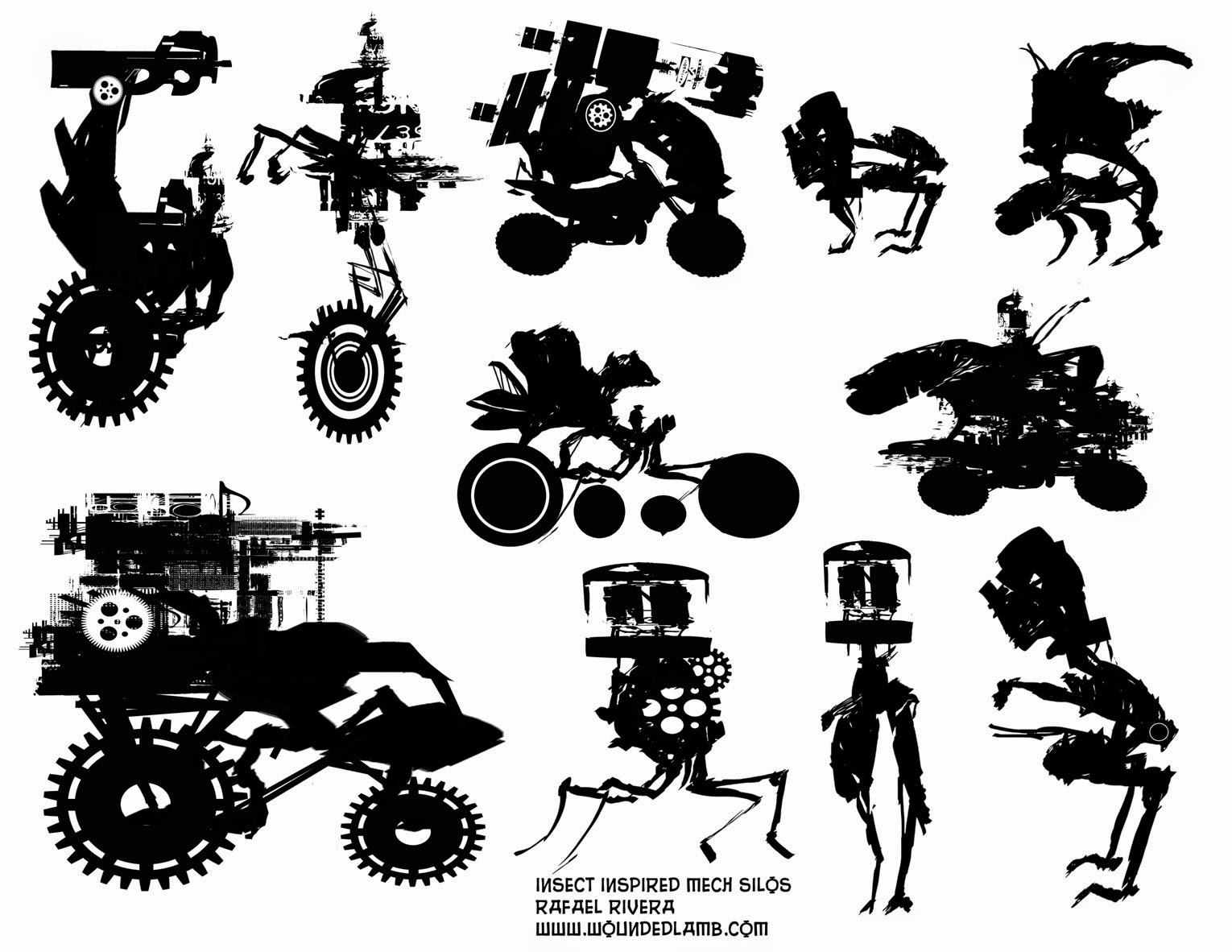 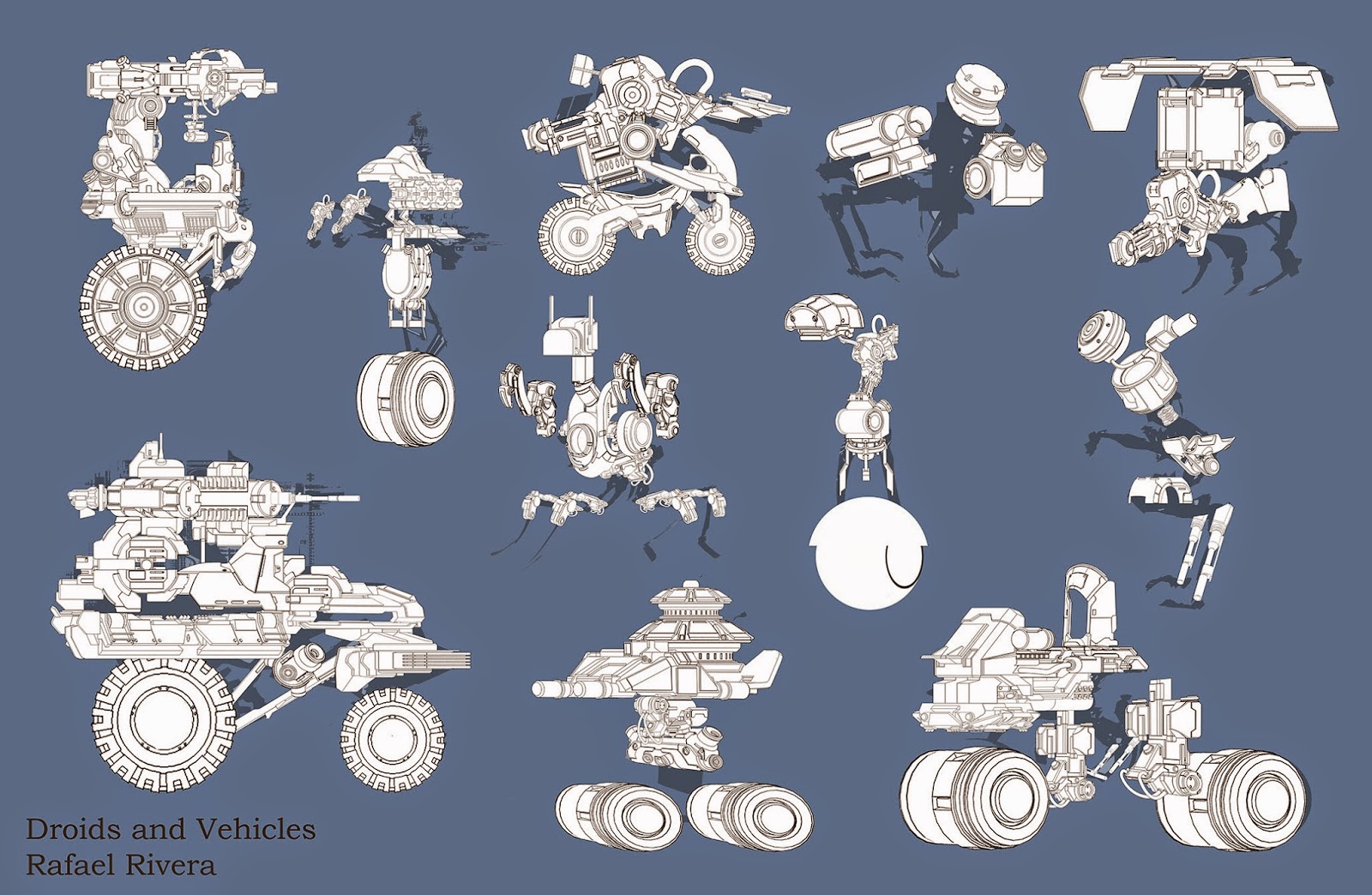 I was saddened to hear about the passing of Actor Leonard Nimoy, better known the world over as Mr. Spock from Star trek, this last weekend.  I had actually started the caricature below a few weeks before I heard the news, so it was even more surreal to me. He will be missed.  Here is a few lines about the actor from Wikipedia: Leonard Simon Nimoy (March 26, 1931 – February 27, 2015) was an American actor, film director, poet, singer-songwriter, and photographer. He was known for his role as Mr. Spock of the Star Trek franchise. Nimoy began his career in his early twenties, teaching acting classes in Hollywood and making minor film and television appearances through the 1950s, as well as playing the title role in Kid Monk Baroni. Foreshadowing his fame as a semi-alien, he played Narab, one of three Martian invaders in the 1952 movie serial Zombies of the Stratosphere. In 1965, he made his first appearance in the rejected Star Trek pilot "The Cage", and went on to play the character of Spock until 1969, followed by eight feature films and guest slots in the various spin-off series. The character has had a significant cultural impact and garnered Nimoy three Emmy Award nominations; TV Guide named Spock one of the 50 greatest TV characters. After the original Star Trek series, Nimoy starred in Mission: Impossible for two seasons, hosted the documentary series In Search of..., narrated Civilization IV, and made several well-received stage appearances. He also had a recurring role in the science fiction series Fringe. Nimoy's fame as Spock was such that both of his autobiographies, I Am Not Spock (1975) and I Am Spock (1995), were written from the viewpoint of sharing his existence with the character. Nimoy has a star on the Hollywood Walk of Fame.

Below is my caricature / Portrait of the actor "Beaming Up".  My deepest condolences to all of his loved ones and fans the world over.  If you would like to purchase a print of this piece, You can do so at my INPRINT store Here. Or purchase a quality print on a metal canvas Here.  Thanks for stopping by, In the words of Spock, "Live Long And Prosper". 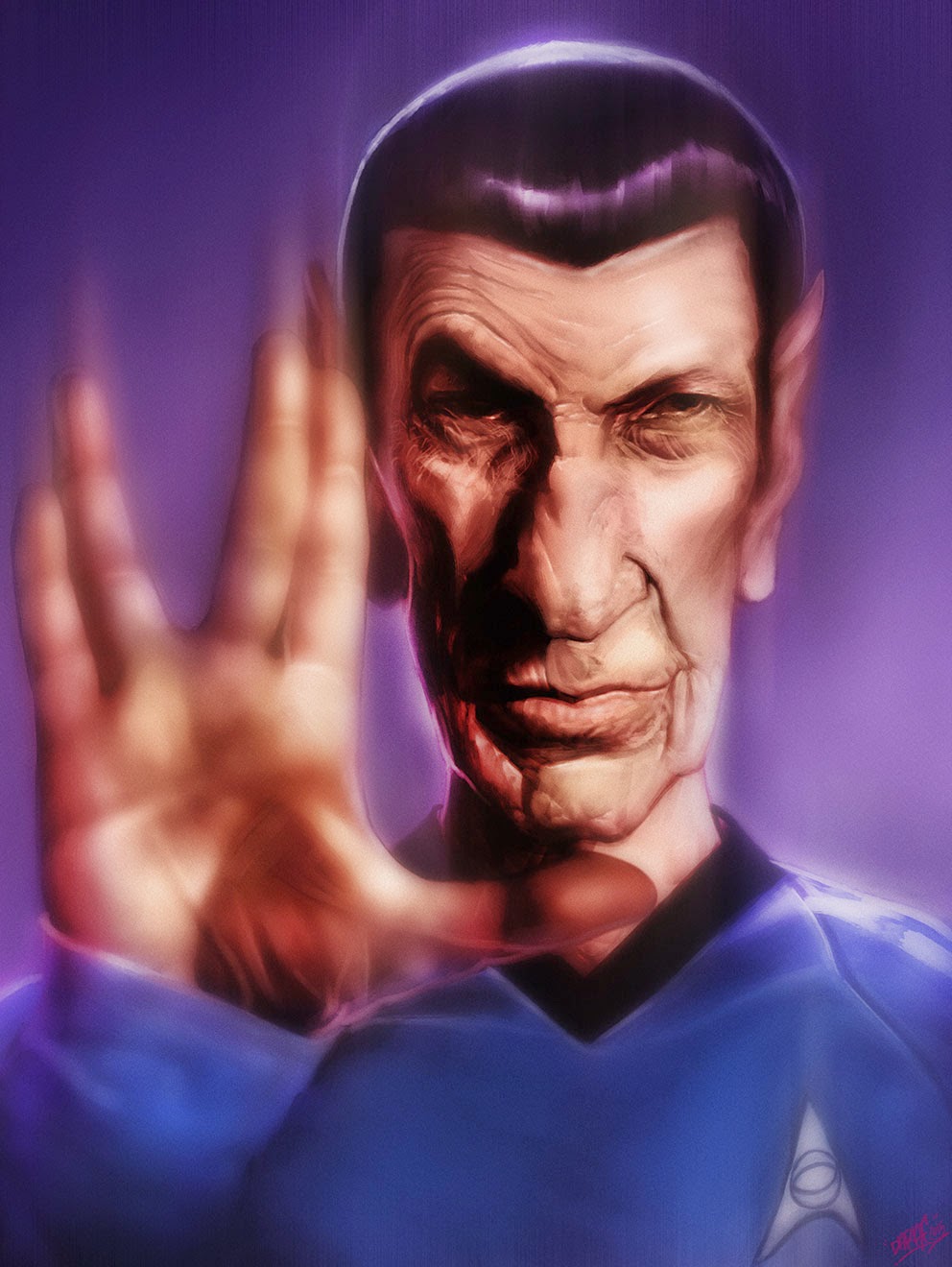